Stop Mad Rush to Cities! Come back to the Villages!! We can do a lot for the nation!

True life and Real development are possible at Villages. Heart of India is the Rural India. Getting into action is better than remaining in the outskirts of thoughts. Listening to your inner voice is the way for great evolution of mankind. Being kind is better than being anything else.

Life of India lies in the villages. Gandhian vision for national development is focused on Rural India. Strengthening Rural India and connecting them with entire India is the way for overall progress. National attention should go more focused on to the true role models. There are plenty of greater happenings in Indian villages. Their contribution may be much more than the overall contribution of certain governmental departments. Some understand this and some others pretend to be unaware of what’s happening all around. Story of Gandibagilu says it very well. A village that take care of about 400 people who were otherwise lost in the streets of India where Gandhiji had walked for India to win freedom from British and from within.

Initial days of Seon Ashram was very tough at the outset but the conviction of the founder and wholehearted support of his entire family made it a joyful intervention. Started about two decades back by making a person from street being a part of their family. Family house that is still kept in the original form had about 64 people to live with. People who lost their mind and all their might. They might be a large burden on to the life of others. Today when seeing them part of a well set establishment give joy for everyone. It could have happened to me was the conviction of Mr. UC Paulose, who is fondly being called Daddy by everyone.

The world around them stood surprised when Daddy and Mummy got themselves immersed into their mission in life. It added Grace on to the face of their children. Today the entire family including grandchildren enjoy seeing happiness in everyone’s face. People rally around them to expand their horizon and to get into the inner mission accomplished.

While taking care of the one’s who had lost the track of life;the dream is to get into initiatives that make overall development of the village and to place it on top of the developed villages map. Children of the inmates are given with opportunities to come up in life. Seeds of dreams are planted into their hearts and many initiatives are taken up in this line.

Creating avenues for better life and giving opportunities for overall development is the only thing the people in Rural India look forward for. A segment of population need extra care. This area need dedication and sacrifice. We are in that segment at the first phase. We are not but stopping our efforts at just feeding and taking care of the distressed people. Our effort is to bring the new generation into the top positions so that justice and equal opportunities are given to them as much it is available to others.

We can do a lot in our villages. India should give attention and hearing towards the Villages. This is the India envisaged by Mahatma Gandhi, Father of the Nation. We have presented a proposal to Government of India for the overall development of our Village. We have plans for large interventions in involving people at large in development process.

Seon Ashram Trust(R) is registered charitable trust started in 1999. This Ashram is situated in an interior place called Gandibagilu in Belthangady Taluk of Dakshina Kannada District in Karnataka State. It is around 90 kilometers in the east of Mangalore and about 350 kilometers from Bangalore.

“To raise the quality of life of the mentally and physically challenged, old aged and depressed people of every caste and religion, creating an environment conducive to their physical, mental and spiritual growth in a holistic manner, to enable them as far as possible to become self reliant and their integration within the existing social structure. Our purpose is also to train these people to have good interaction with the family members as well as with the society and help them to learn basic life skills.

Over the years Seon Ashram Trust has served thousands of people. At Present ashram takes care of 312 patients without discrimination of caste and creed, expanding its service to people with mentally retarded, Mentally ill, aged, orphan, Physically Handicapped and the destitute school going children. Projects that Seon Ashram currently handling are:

This Ashram has 200 bedded Psychiatric Hospital. Ashram has been remarkably dedicated to rescuing and rehabilitating the deserted and the dying people from the streets and to serve the less fortunate brothers & sisters, hailing from different parts of the country suffering from various diseases. Most of the mentally ill/retarded people in the ashram are street patients, who don’t have anyone to look after them. They were wandering on the roads, sheltering in bus stands and railway stations, eating thrown out food from the garbage. Such destitute are brought to the Ashram, cleaned, provided food, and shelter, clothing and necessary medical treatment.

The Purpose of Seon Ashram Trust is to deal with the rehabilitation of mentally ill, mentally as well as physically challenged and to cater to the Aged and destitute children. The main objective of the Ashram is to work for the overall well being of these people and bring them back in the main stream of society. They are here for a variety of reasons: Many have been picked from the street, some women came here after being raped on the street, others were sent here by their families; some of them are collected and dropped off by Government officials, social workers and NGO’s.

1.1 Care and Treatment of the ill and their rehabilitation
The main objective of the Ashram is rehabilitation of mentally ill and physically challenged, aged and destitute children and bring them back in the main stream of society. They are here for a variety of reasons: Many have been picked from the street, some women came here after being raped on the street, others were sent here by their families, some of them are collected and dropped off by Government officials, social workers and NGO’s.

It is very important to engage all the inmates in some or the other activities as per their interest. For this purpose, Seon Ashram conducts few activities for them to build up their confidence level and make them active in life.

Apart from medications the patients are involved in various activities like crafts work, drawing, English classes, indoor and outdoor activities, vegetable gardening, Agarbatti making (instance stick) goat and cow rearing, helping in construction works and so on which help them to develop their physical, mental and emotional wellbeing and also help the inmates to work independently when they go back to society – our visitors and well wishers are impressed by their works. The patients who engage themselves in the different activities will be rewarded during the different functions of our institution.

Seon Ashram has 100 bedded General Hospital. Patients suffering from various problems like old age, orphans who wander on street etc. These patients have been treated here in Seon ashram with proper nutrition and medicine. Most of them are street patients, who don’t have anyone to look after them. They were wandering on the roads, sheltering in bus stands and railway stations, eating thrown out food from the garbage. Such destitute are brought to the Ashram, cleaned, provided food, and shelter, clothing and necessary medical treatment.

We have registered our self help groups under Seon Swa Sahaya Sanghagala Okkuta® under Society Act, Reg No; DKM/S 207/2009-10. In total there are 98 groups with 1473 beneficiaries. All the families being part of these self help groups are motivated to accumulate small savings and help one another through internal lending among the members. This group will be a Dais to implement all project activity and ensure to reach targeted results, which sponsorship programme aimed at Integral Development programme of the child and its family.

Care of the Aged Destitute

The Trust takes care of aged Destitutes. The Ashram is home to 62 aged women and men. They are looked after until they breathe their last peacefully. They are taken care considering their age, type of problem and situation. There are volunteers who engages these people in the different type of activities in the Ashram.

To Ensure a sound and friendly environment for the poor helpless and destitute Old aged persons towards achieving a promising peaceful conditions for them fostering their physical, mental, social and spiritual development and well being as well

Education for the Needy Children
The Trust is running a school from KG to PG with the name Little Flower English Medium School in Kanajar, Karkala Taluk of Udupi District and the school going children from the Ashram have been shifted there. Boarding facility is also available for the children along with the school infrastructure has been set up by the trust. We are planning for Hostel facility for 2,000 boys and girls. We also have plan for Boarding arrangements for 100 teacher/lectures.

Care for the Physically Handicapped and Mentally Retarded Children
At present Ashram is a home for 25 Physically Handicapped and Mentally Retarded Children under Seon Child Care. Most of them are picked up from street, dropped by Govt officials and Police Departments. They are looked after until they become alright and identified by their family members & taken back home. Others will be looked after until their last peacefully. Medical care and activities are provided considering their type of problem and situation. There are the volunteers who will engage themselves in the different type of activities.

Each child is different by their nature. Some of them cannot and talk, some can walk with support, some cannot eat on their own, some can eat food with support. Coming to their activities, some of them sit and play with some ball or other objects on their own. Some children keep nodding continuously and sitting. 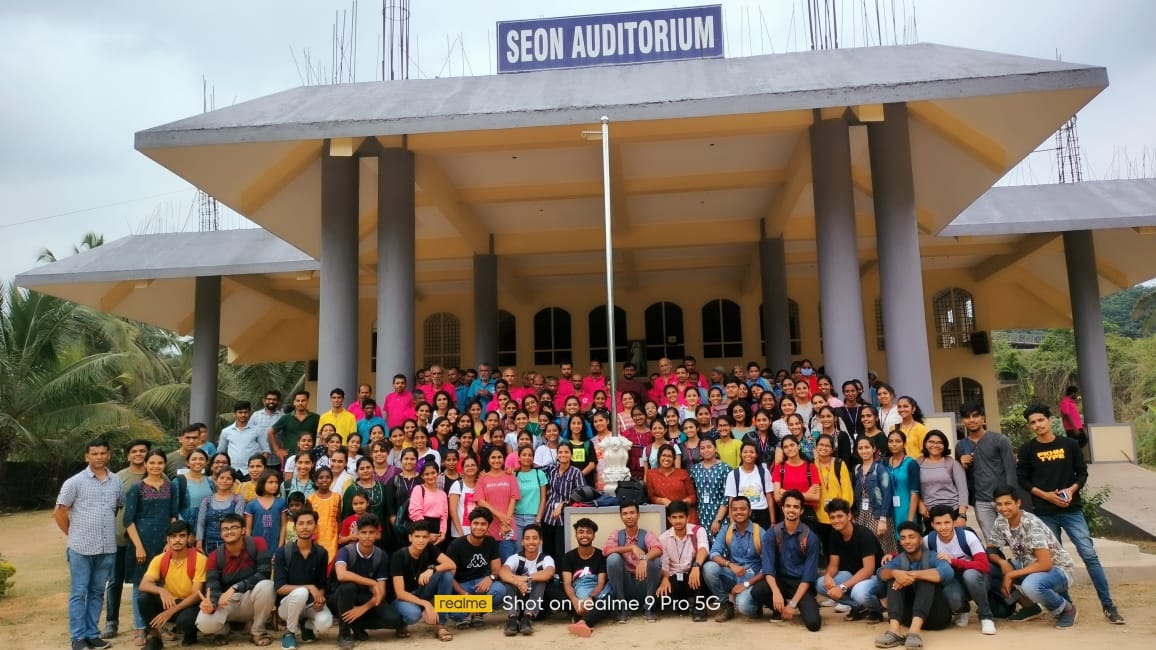 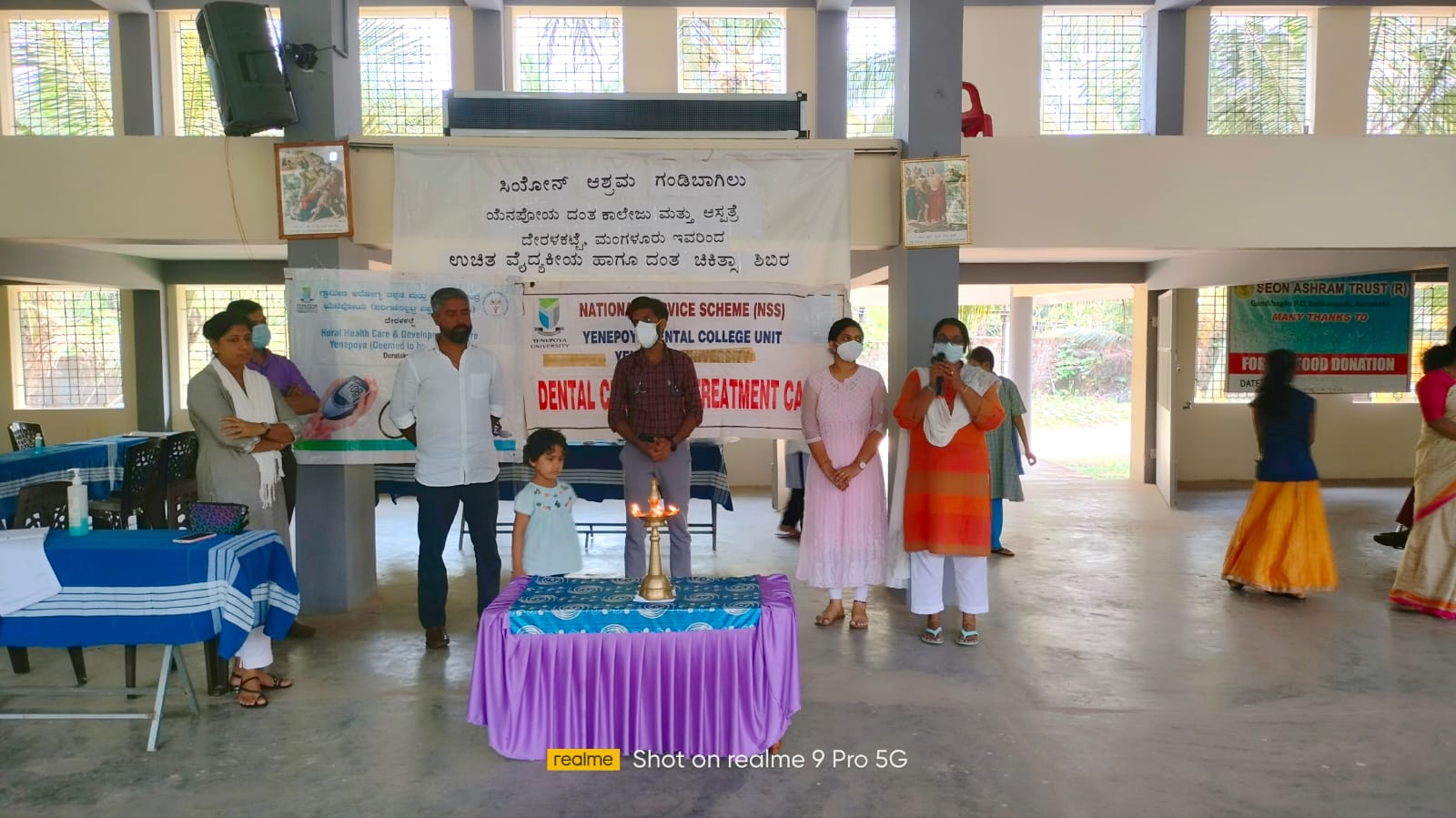 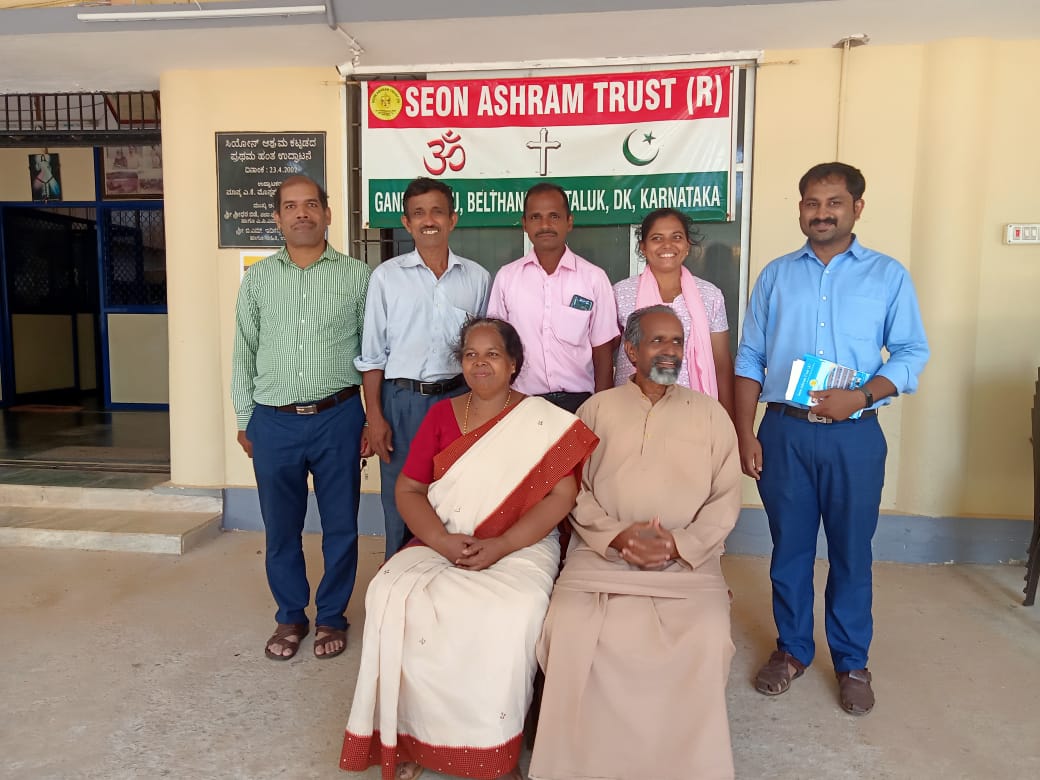 Thank you for SSVP Belthangady (Most Holy Redeemer Church) for Generous Cash and kind donation.