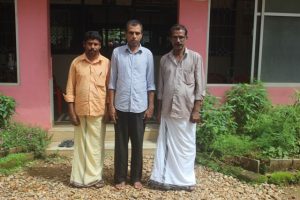 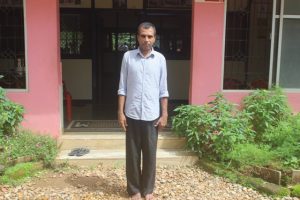 On February 8th, 2017, Vijayan came to Seon Ashram on his own. When he came, he was not able to remember anything and not knowing how he came.

After informing the police station we have admitted Vijayan in Seon Ashram. Later on, after few month, after the continuous treatment and rehabilitation process, he was able to remember the name of his native place which is in Kannur, follow upsKerala. With the information given by Vijayan, we contacted the respective police station in Kannur and gave them his family details. With the help of the police from Kannur, we got the contact details of his relatives (Shiva-Uncle) in Kannur, and we contacted the family and informed about him.

After the follow-ups, On 30th June 2017, His uncle Mr.Karunakaran K.V and Mr. Rajive, his cousin came to Seon Ashram and discharged  Vijayan and took him along with them. As Vijayan was extremely waiting for their arrival, there was no limit for his happiness to go home.